Although the cheapest toy drones can be purchased for less than 25 €, relatively few people are aware of the entire spectrum of their possibilities and commercial applications. Even in the fields, in which drones UAV gained the most followers such as farmers, foresters and surveyors.

What is an UAV, an unmanned aerial vehicle, how do they relate to UAS and what do drones have to do with all this? This is what today’s study is about.

Unmanned Aerial Vehicle in its simplest definition is a machine that does not require on-board crew to perform flights. It doesn’t have the ability to take passengers and it’s piloted remotely or autonomically.

In reality, the aircraft itself required additional resources and devices to operate. These devices communicate with each other and allow the vehicle to perform its assigned task.

UAV and UAS – what’s the difference?

Aerial vehicle is only a part of the system.

What connects UAVs with drones?

In short – it’s all the same. Name “drone” has the same meaning as the technical term UAV. This term is more common and it’s mostly used in journalism, media, by hobbyists and amateurs.

This term is incorrectly assigned to “everything that flies and is remotely controlled”. For example, RC models are a completely separate group, commonly called racers by their fans.

One of the fields of drones – multirotors, which have gained the greatest popularity in the last years, during flight emit a characteristic sound, similar to flying insects.

Unmanned aerial vehicles can be divided into several categories, according to their construction and type of propulsion. 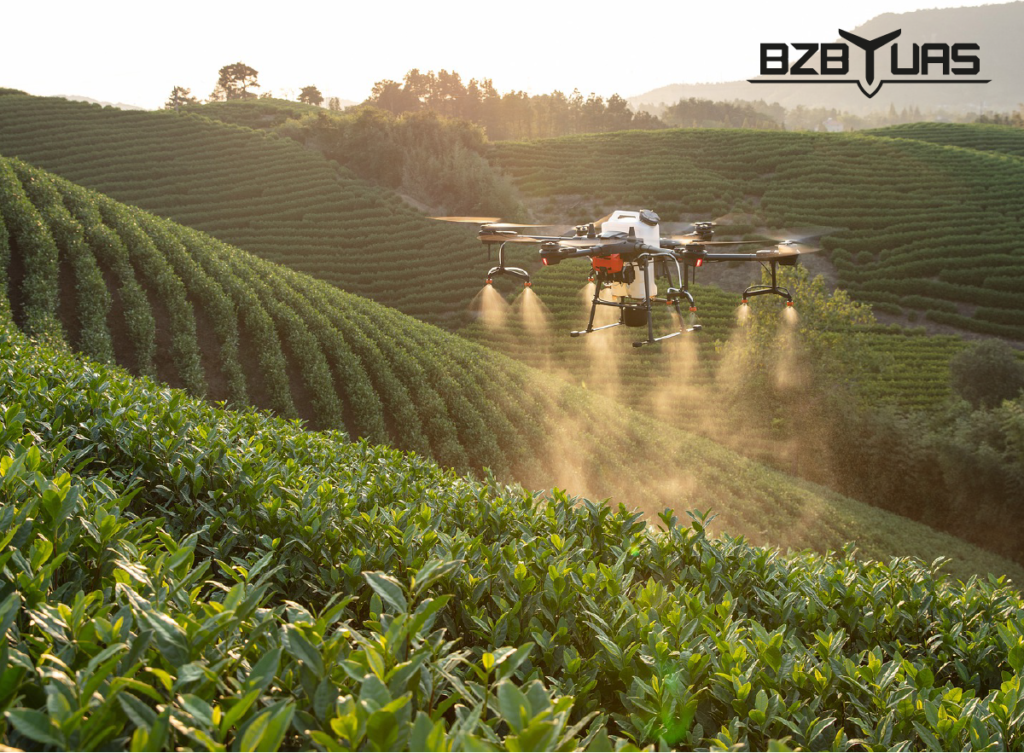 Multirotors move thanks to the lifting force generated by multiple propellers (rotors) located symmetrically around the perimeter of the drone. They are very maneuverable and easy to use. It takes very short period of time to learn to control them.

The advantage of this type of construction is the possibility to vertically take-off and land. It allows to perform operations in places, where the use of other techniques would be challenging or impossible.

Main disadvantage of multirotors is the relatively short time of flight. For this reason this type of drones is mostly used for inspections of point objects or small area objects (stockpiles, excavations and buildings). 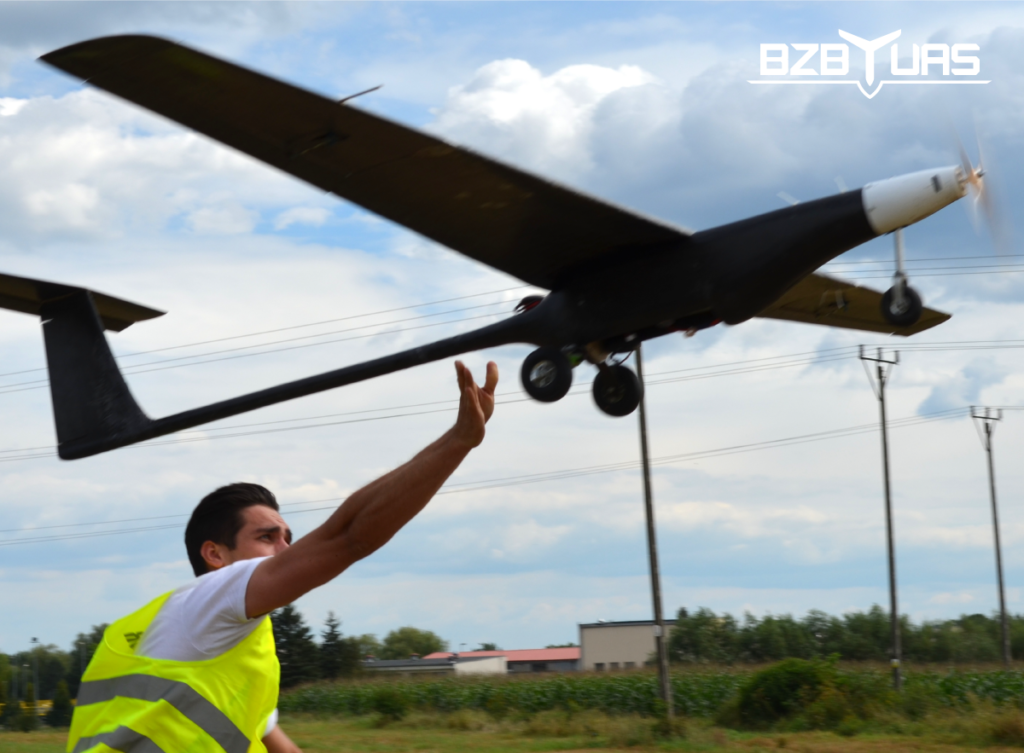 Fixed wings UAV resemble classical airplanes most closely. Thrust is provided by propellers located on wings or the nose. Drone is controlled by flaps on wings and the tail. Fixed wings can take-off from the operator’s hand or from a special launcher.

This type of drone is characterized by a very long flight time (even a few hours). They are used to scan large areas, mostly of linear nature (farmlands, roads, gas pipes, powerlines).

Fixed wings’ control is more complicated than multirotors. Most of the commercially available platforms only allow for autonomous flights – users don’t have the ability to gain control of the aircraft.

Landing approach is a key moment in the flight. Determining the correct approach path requires experience. Errors often result in the crash of the plane. 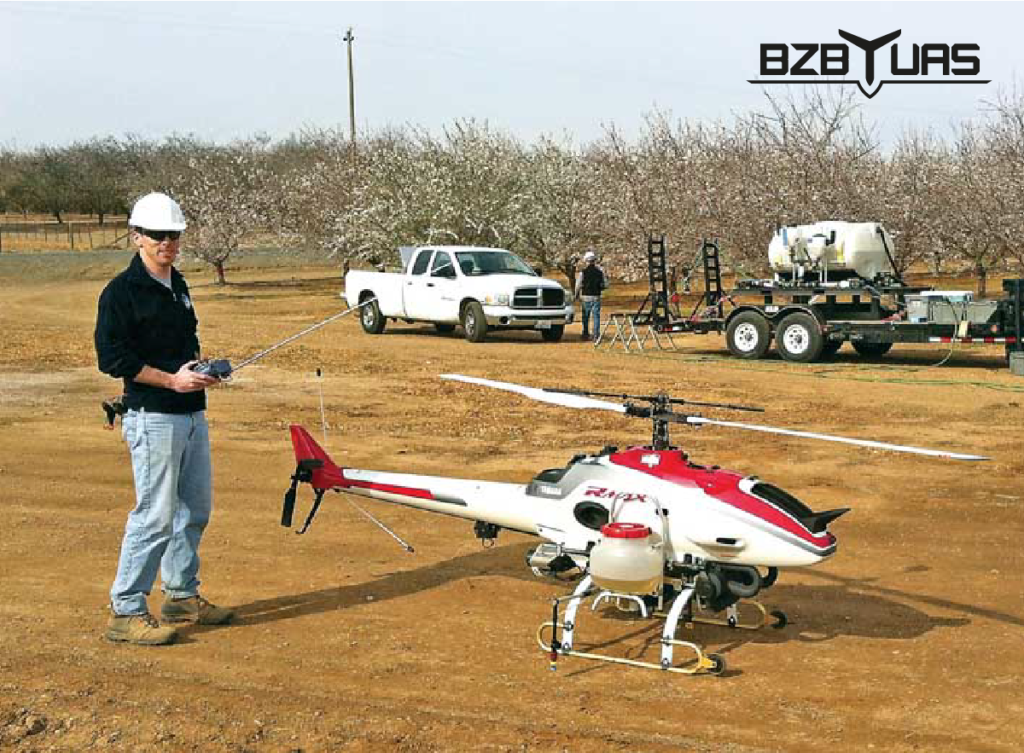 Helicopters are much harder to handle than other drone types. Servicing and flight preparation is also difficult. The main reason for this is the complicated head mechanism, that controls the angle of the main rotor blades.

Helicopters can stay in the air longer than multirotors, even up to two hours. Just like multirotors they are able to take-off and land vertically.

Hybrids UAV, in this case vertical take-off airplanes, are a combination of features of fixed wings and multirotors.

They are easy to steer, they are able to take-off in tough terrain and stay in the air up to a few hours.

Autopilot is the heart of every drone. It controls the machine, stabilizes its flight and allows it to perform autonomous flights.

Drone itself is just a tool, it requires additional components that will make it useful e.g. a camera or a sensor. Apart from purely recreational flights, each vehicle requires a device that receives and processes signals coming from the inspected object. The most common types of such sensors are: 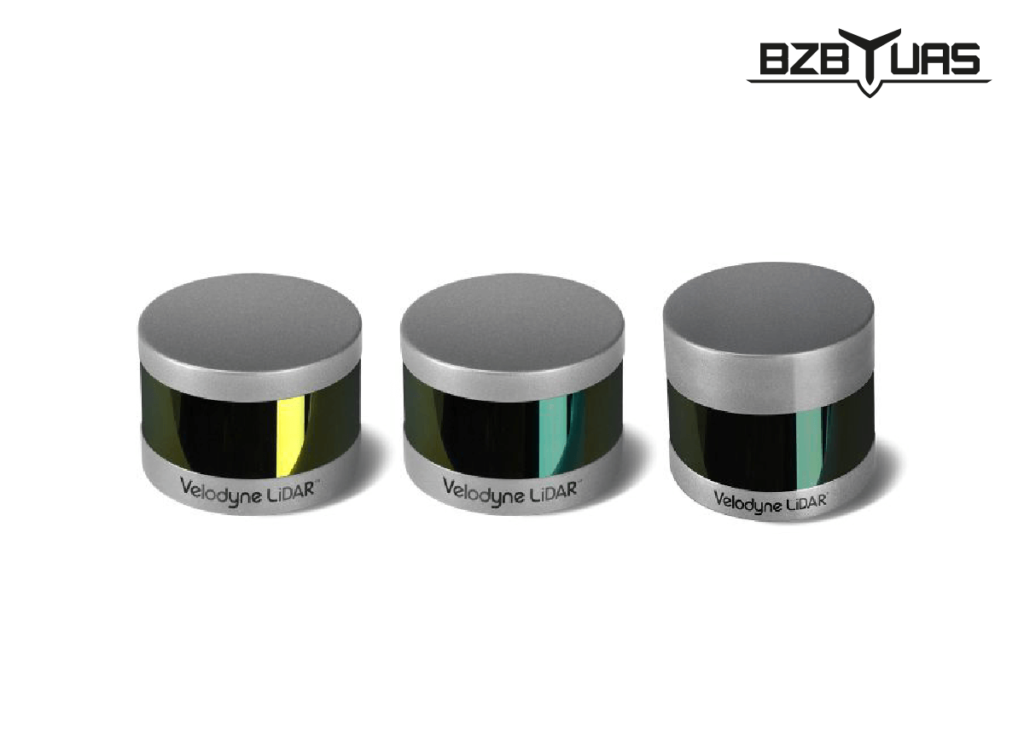 It’s an abbreviation from Light Detection and Ranging. It works similarly to a radar or a sonar, however it differs from them by using visible laser light instead of microwaves or sound waves. With the laser short light pulses with specific wavelengths are sent. Reflected light is registered by a photodiode or a CCD camera. 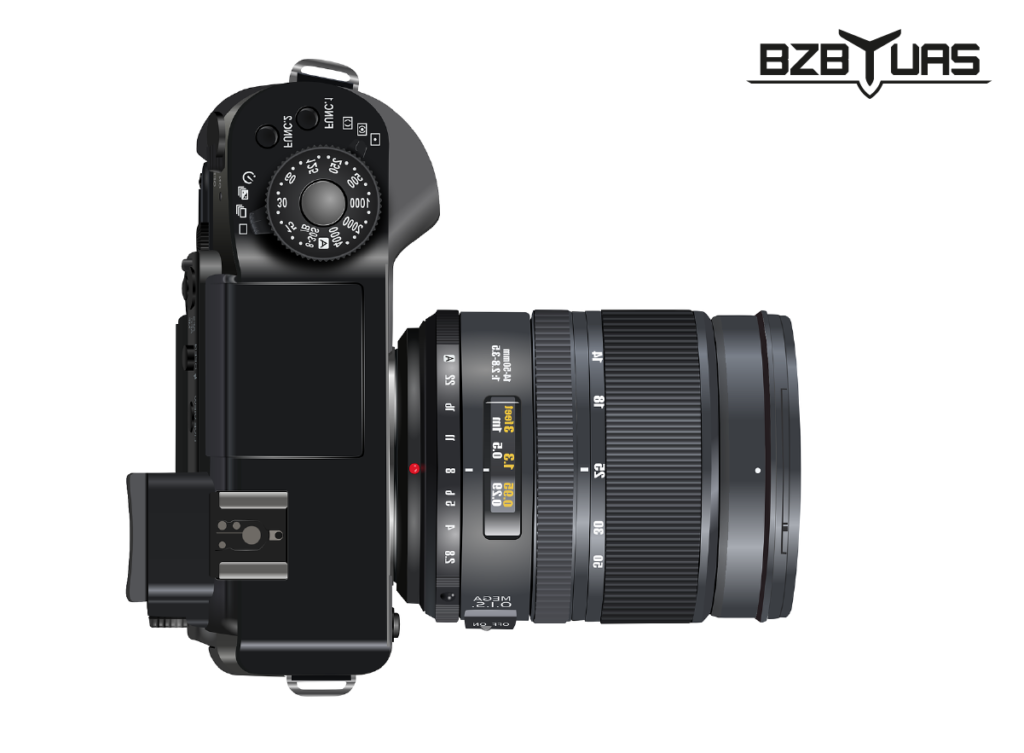 RGB is an abbreviation from Red, Green, Blue i.e. the three components in the RGB color model (hence the name). It is, in fact, an ordinary camera that records the visible light spectrum.

WIth the RGB camera you can create maps of the terrain while maintaining accurate color reproduction – exactly as a human would see it. 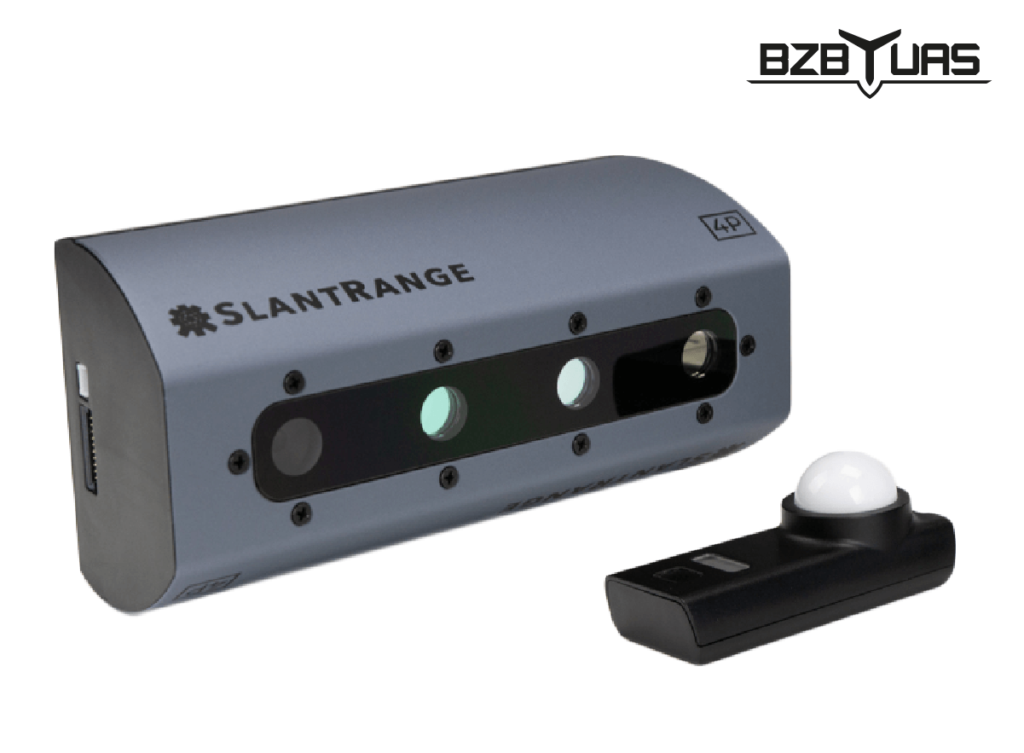 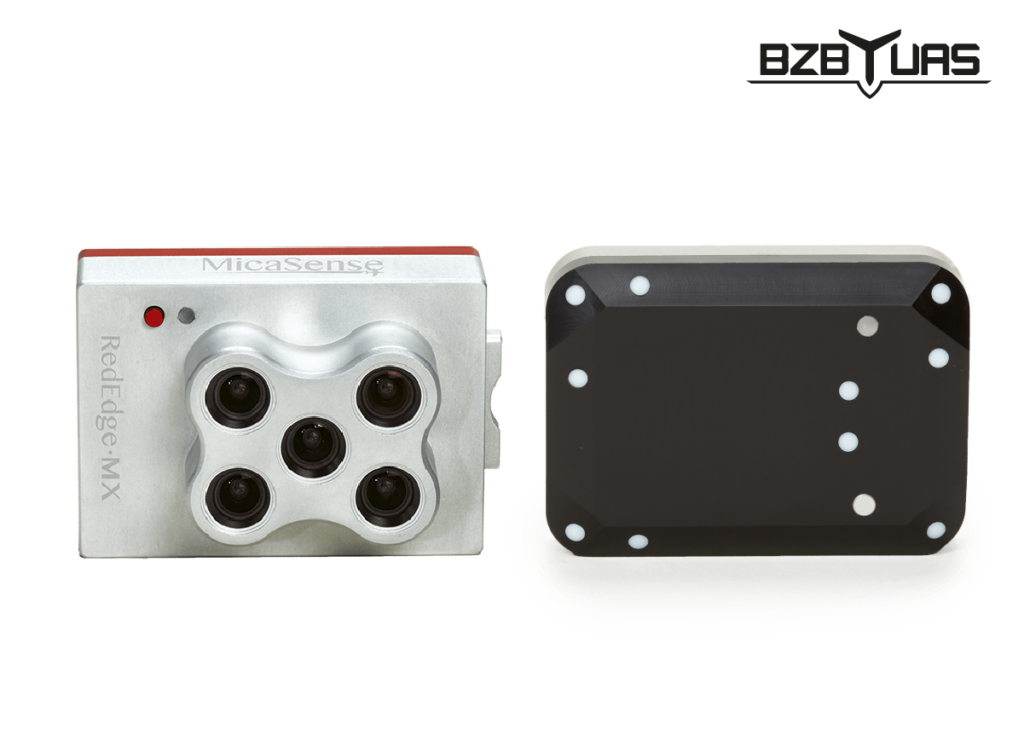 Multi-, super-, and hyperspectral sensors are a generalization of a typical RGB camera. In addition to visible light spectrum (RGB), they are able to observe other parts of the spectrum, such as different parts of microwaves or infrared. To put it simply, macro elements absorb sunlight and distort it (they absorb a part of it), then return a wave of a different length. Multi- and hyperspectral sensors accurately measure wave intensity at different wavelengths. Thanks to it we know the exact composition of macro elements.

This is not possible with an ordinary RGB camera. 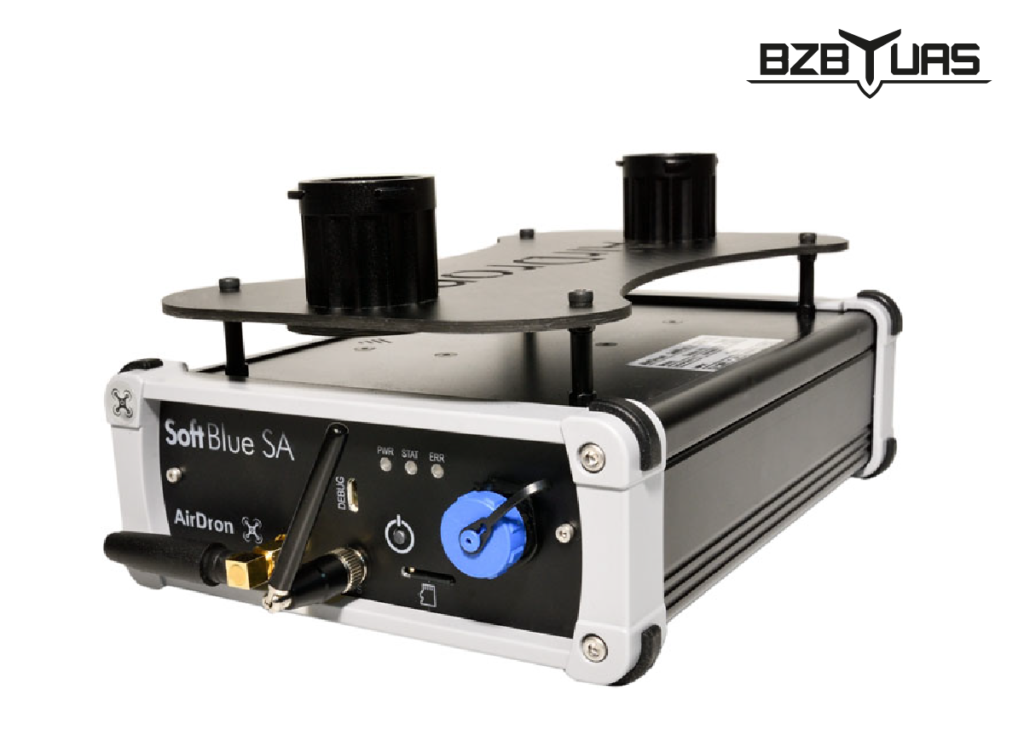 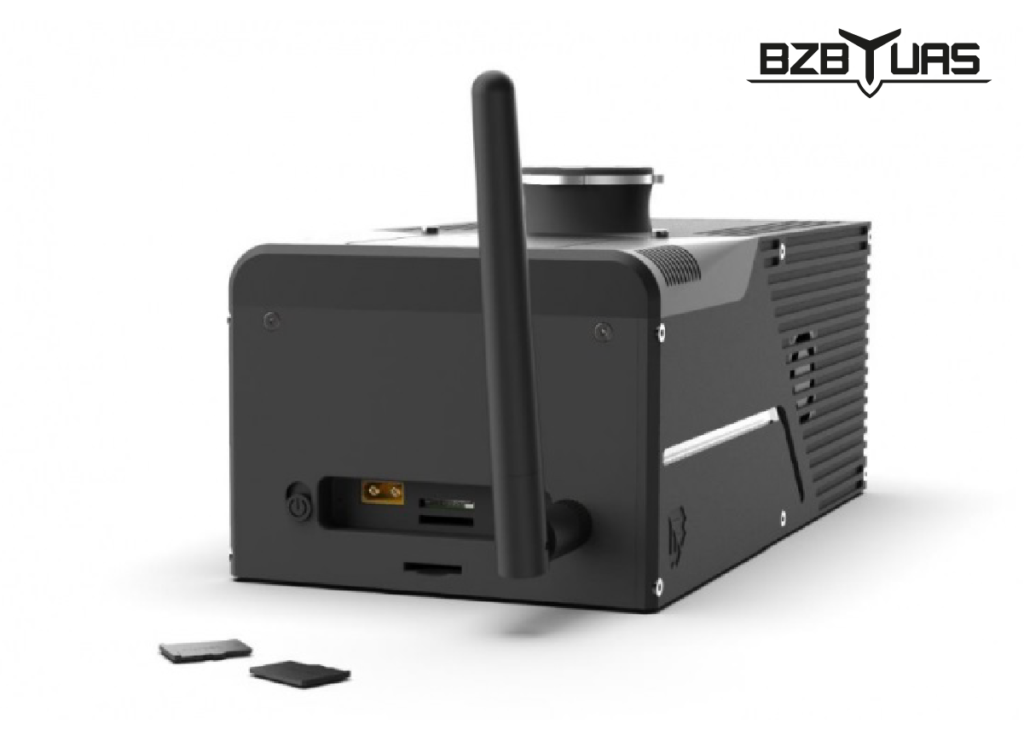 An example of a non-camera sensor is an air pollution sensor. Drones equipped with this sensor are used, among others, by municipal services or fire brigades to test the composition of smoke coming out of the chimney and to fight smoke in many Polish cities, e.g. Warsaw, Katowice, Bielsko-Biała.

Very generally speaking, unmanned aerial vehicles can be used everywhere, where collecting spatial data from the surface is either challenging, time consuming, dangerous or impossible:

On December 31, 2020, new regulations regarding the use of unmanned aircraft systems entered into force. New regulations resign from the previous division into recreational and commercial flights. The new subdivision introduced by these regulations depends on the level of risk, mass of the aircraft and distance to people. Missions can be performed in one of the three categories:

In order to conduct flights with an UAV weighing more than 250g or a drone equipped with a data collecting sensor, you must undergo a free training at drony.ulc.gov.pl website. In the case of flights with a high level of risk it is required to undergo a paid training exam at the training center.

UAVO VLOS gives the right to operate an aerial vehicle in such conditions and distance, so that the operator or one of the observers is able to maintain visual contact with the aircraft. Contact is maintained in order to control the location of the drone in the air and to ensure safe distance from other users of the airspace, obstacles, people and animals

Loss of visual contact is allowed, when the operator monitors flight parameters in ground devices that are connected with the drone.

BVLOS – Beyond Visual Line of Sight

Flights in the BVLOS category are performed mainly in the case of projects that cover large areas such as: creation of ortophotomaps, infrastructure inventory or monitoring of large areas.

BVLOS flights are very similar to flying a large passenger plane, in which when flying in accordance with the IFR (Instrument Flight Rules), the control is based on the data provided by on-board instruments

Having information transferred over by the telemetry link, the operator knows the location, altitude, velocity, flight direction and all essential aircraft parameters. At any moment in time, the operator has the ability to change flight parameters, control data collecting sensors – if they are on-board or call the return to base and land function.

How high can a drone fly?

During a typical flight e.g. mapping, the drone flies at an altitude of 100 to 500 meters. The altitude depends on the resolution requirements of the mission.

According to the aviation law, above 9500 feet above sea level (about 3000 meters), the plane is required to be equipped with proper instruments and to have permanent communication with the air control service.

When working with small aircrafts there is no need to fly at such a high altitude. Missions performed at high altitude result in lower resolution of collected data.

Our company allows for flights up to 3000 meters above sea level e.g. for research purposes.

How fast do drones fly?

The majority of drones reach cruising speeds of 10-30 meters per second. At higher speeds data can be blurred or sensors can produce errors. To achieve full area coverage sampling must be more frequent.

Some sensors are not able to sample that fast, cameras are also limited by the aperture and shutter speed – photos come out blurry or out of focus

Our drones fly at speeds of 15-20 meters per second

Where can an UAV be used?

The specific capabilities of the drone depend on mounted sensors. The drone itself is just a platform, without any equipment it is unable to perform any task (apart from recreational flights). Only the mounted payload allows to collect information and use it for imaging, mapping or specialized measurements

Examples of applications in various fields have been described above in the article. (click: UAV – applications)

How much does an UAV produced by BZB UAS cost?

Price depends mostly on the needed equipment. Each offer is tailored to the specific situation and scope of the client’s needs.

In the case of a small fixed-wing in the simplest training version prices start from 23.000 PLN net.

Can UAS work in the rain or in strong winds?

In theory drones can fly in the rain. In practice – there is no need for that. During rainfall visibility and reliability of measurements drop significantly. We do not provide warranty for measurements performed during rainfall

When it comes to strong gusts of wind, our drones were tested in wind conditions with gusts up to 15 meters per second (close to 7 in the Beaufort scale).

Wind itself isn’t as dangerous as turbulence – vertical movement of air or vortexes near obstacles. Such wind gusts can throw off balance even the most stable aircrafts.

To predict possible turbulence extensive knowledge and experience, in planning missions in conditions of strong wind, is required. We advise novice operators to wait for easier weather conditions.

Development of the Unmanned Aerial Vehicles market in Poland

In February 2019, the White Book of the Unmanned Aerial Vehicle Market report was presented at the conference at the Ministry of Infrastructure

We encourage you to read the study on economic, social and legislative analysis of the drone market in Poland, including forecasts until 2026. 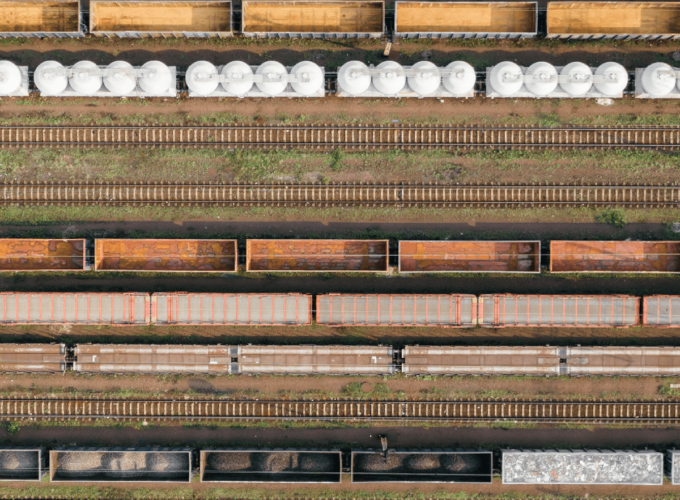 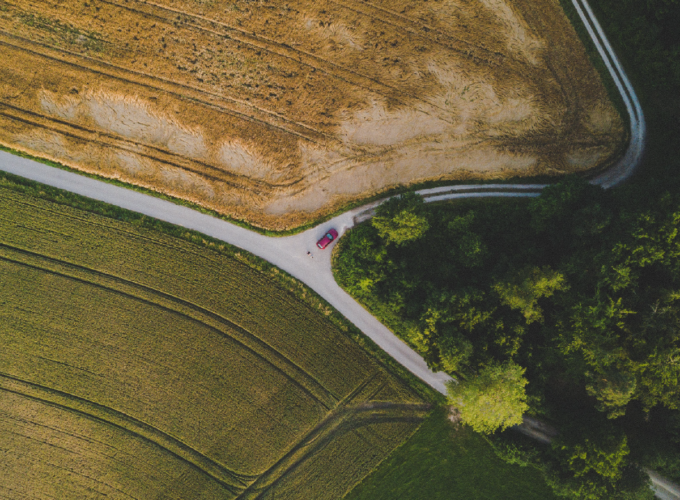